“We are all on drugs,” Weezer declared in 2005 with their second single off the Make Believe album. The LA Times seems to agree, proclaiming five years prior in an October article that “drug use is rampant in the high-tech work force” and calling it “the dirty little secret of the dot-com world.” The questions now posed are as follows: who cares and is this a problem?

California became the first state to legalize the medical use of marijuana in 1996 with the passing of Proposition 215, and, as everyone knows, California is home to one of the major hubs of the tech industry, Silicon Valley. It seems an easy correlation to make between a tolerant state and a high-stress job industry. (Though for the record, and to be fair, the other “cyberstates” Texas, New York, Florida, and Virginia do not have medical or any kind of marijuana legalized.)

One source I spoke to who works in the computer gaming industry said that almost everyone he has met in the industry “smokes (or otherwise consumes) marijuana occasionally. Usually socially but some use it as a crutch due to the stressful nature of the work.”

Several have mentioned using party drugs like cocaine, ecstasy and speed recreationally but I haven’t seen it myself–definitely rarer, like on a wild night out (e.g. during conventions out of town). A lot of people have tried LSD. I’ve also met a few in the industry who have experimented with harder or more unusual drugs, including ketamine and mescaline (off the top of my head).

Two other sources felt that the usage of marijuana among coders is no different than among non-coders, one going on to say “as people age, the percentage of pot smokers lessens, as does the use of other drugs.” Another source who has never tried illegal substances himself said he did not see smoking marijuana as a “big problem.”

We often work long hours on difficult problems and you simply can’t do the work if you’re heavily under the influence. Several heavy pot smokers I’ve known have also been some of the smartest and most productive I’ve worked with. People seem to use these drugs to unwind, to blow off steam, and I’ve never seen anyone have trouble keeping it out of the workplace. If people have substance problems it’s more likely alcoholism.

With regards to “harder” substances, one of my sources told me that he’s “seen a number of coders experiment with psychedelics; maybe moreso than coke/hard drugs.” Another added that “it’s really only higher management types I’ve run in to that use cocaine, not coders.” All sources seemed to agree on this point, one phrasing it like this: “In terms of coke, I think some people may have tried it, but I don’t know any people using it on a regular basis. Seems more of a financial/biz/exec thing.” And another went on to say that he is “[n]ot sure why cocaine isn’t a bit more prevalent. Stimulants are a coder’s friend. I would imagine that speed would be more tempting. But it seems that caffeine manages to fill the need for most.”

According to TestCountry.com, drug abuse in the high tech industry is not terribly common. They put “current illicit drug use” at 3.6% among computer programmers/operators, and “current heavy alcohol use” among the same group at 2.7%. Among computer and data processors, they state 6.1% for “current illicit drug use,” and a whopping 16.2% for “current heavy alcohol use,” which would seem to back up my source in the computer gaming industry.

If some of our brightest minds are getting high, and it doesn’t seem to be affecting their work, then is this truly a problem? I would say it depends more on the individual and less on the drug. In the words of P. J. O’Rourke, “no drug, not even alcohol, causes the fundamental ills of society. “ People can become addicted to anything, after all, especially legal substances, like alcohol, or activities, like sex or video games.

So are drugs a problem for people in the tech industry more so than in any other industry? Statistics would seem to say no, not really. TestCountry scored it less than manufacturing and retail (which comes as small surprise to me, having spent the last ten years of my life in that industry). After speaking with my sources, I’d have to say that, on the whole, not a lot of people really do seem to care, as long as it doesn’t interfere with work. And can’t the same be said for anything? 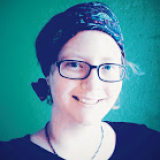 Crysta is a product of Kalamazoo, Michigan, and if you've ever been there, you'll know what that means. She moved to San Francisco to pursue love and writing. She continues to write to keep her sanity.

One reply on “Dirty Little Secret or a Chat Over Coffee? The Tech Industry on Drugs.”

[…] I found a site which discusses the anecdotal evidence of pot use in high tech. Here is a bit from the site: […]